The history of July Palio. The Madonna of Provenzano: truth or legend? 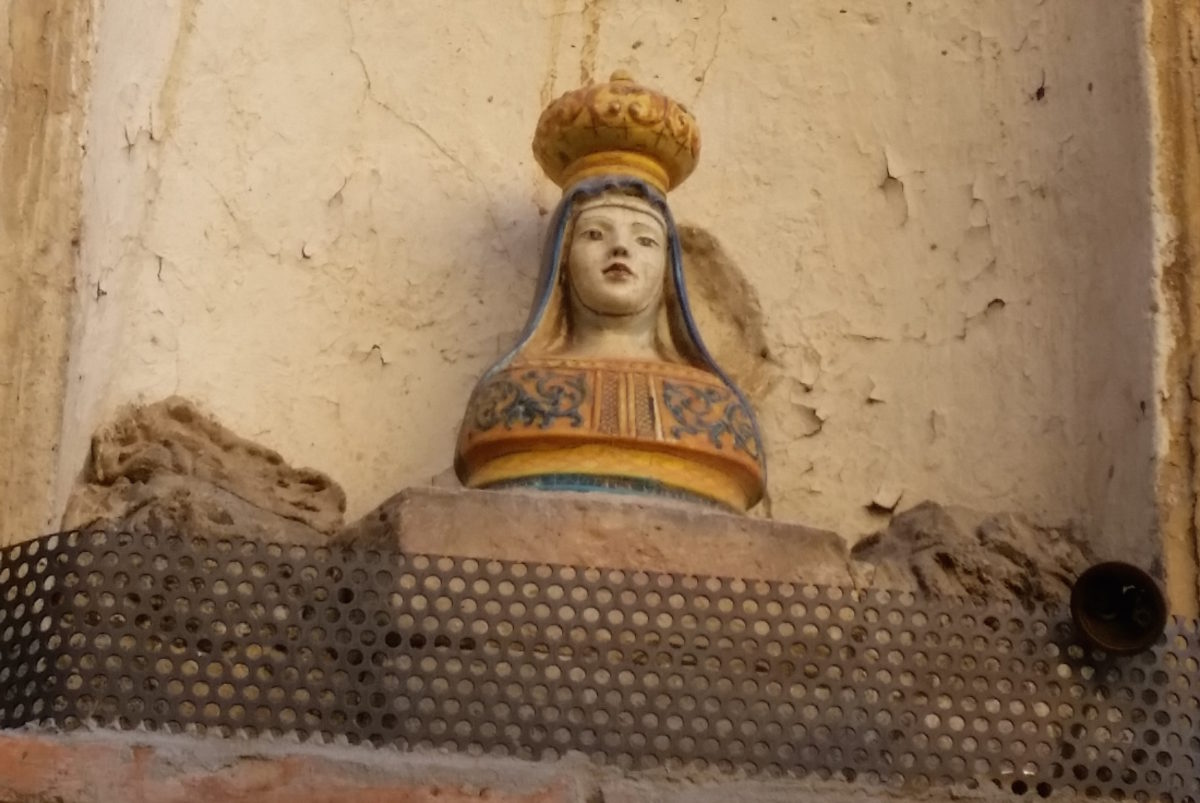 The history of Siena is full of legends, traditions and tales often narrated to ennoble the city origins just like in the case of Aschio and Senio (two sons of Remo and founders of Siena) or Sorore who is said to have created Santa Maria della Scala, such an important institution in Siena.
Among all these legends, obviously one of the most prestigious is about the Madonna of Provenzano, in honor of whom, the Palio of the 2nd of July have taken place since 1656. It is a very famous story among citizens, but tourists often do not know it, so we are going to narrate this evocative tale.
Before the Collegiata – a particular kind of church more solemn than a traditional one- was built, a small terracotta statue, representing a Madonna, was found in the infamous neighborhood of Provenzano, in one window of a tiny house where a descendent of Saint Catherine lived during the 16th century. One day, during that same period, a Spanish soldier maybe drunken or angry, after losing his money by gambling or maybe just too euphoric in his spare time, is believed to have picked on that small statue. Indeed, while coming back to his army base, he held his arquebus and fired at the statue of the Madonna, shattering the lower part of the body and the arms of the piece. It was a sacrilegious act that costed a high price to the soldier because immediately after the shot, the weapon exploded in his hands and caused his death. The small statue performed its first miracle.
It was fixed, as far as possible since its bad conditions, and it soon became an object of devotion. It gained even more prestige after the 1st of July of 1594. During that day, while the neighborhood was decorating the tabernacle for the celebration of the apparition of Virgin Mary, Giulia di Orazio, a fatally ill whore started mocking the men wo were restoring the statue and swearing at the Madonna. However, she suddenly regretted and started praying the Virgin. The day after, Giulia woke up and realized she had completely recovered. The story of this miracle was spread all over town and increased the devotion towards the terracotta statue. Indeed, the Archbishop Ascanio Piccolomini asked for a formal recognition of the Madonna of Provenzano that was finally approved at the end of 1594 by the Sacred Congregation of Rites. That involved the opportunity of building a chapel or a church in honor of the Virgin that was finished the 23rd of October in 1611. The church was inaugurated by Cosimo II, The Grand Duke of Tuscany.
To be honest, the story of the Spanish soldier seems to be crated just to increase the veneration towards the statue and its miracles and also to explain its mutilated shape. However, some recent discoveries make us re-evaluate this story. In 2000, the Rotary club of Siena restored the statue that was literally shattering and found out that, beside the silver case that saved it for ages, it contained cotton, plaster and glue which proved that it really went through that trauma. But there is something even more surprising: not only was the inferior part fixed but also the head and the breast, where a hole consistent with a gun shot was found, were repaired. Thus, that recent restoration seemed to confirm the legend and also to add some information about the origins of the statue: the terracotta piece probably represented the Pity depicting Mary with the dead body of Jesus in her arms.