Siena: the city of the sky and endless horizons 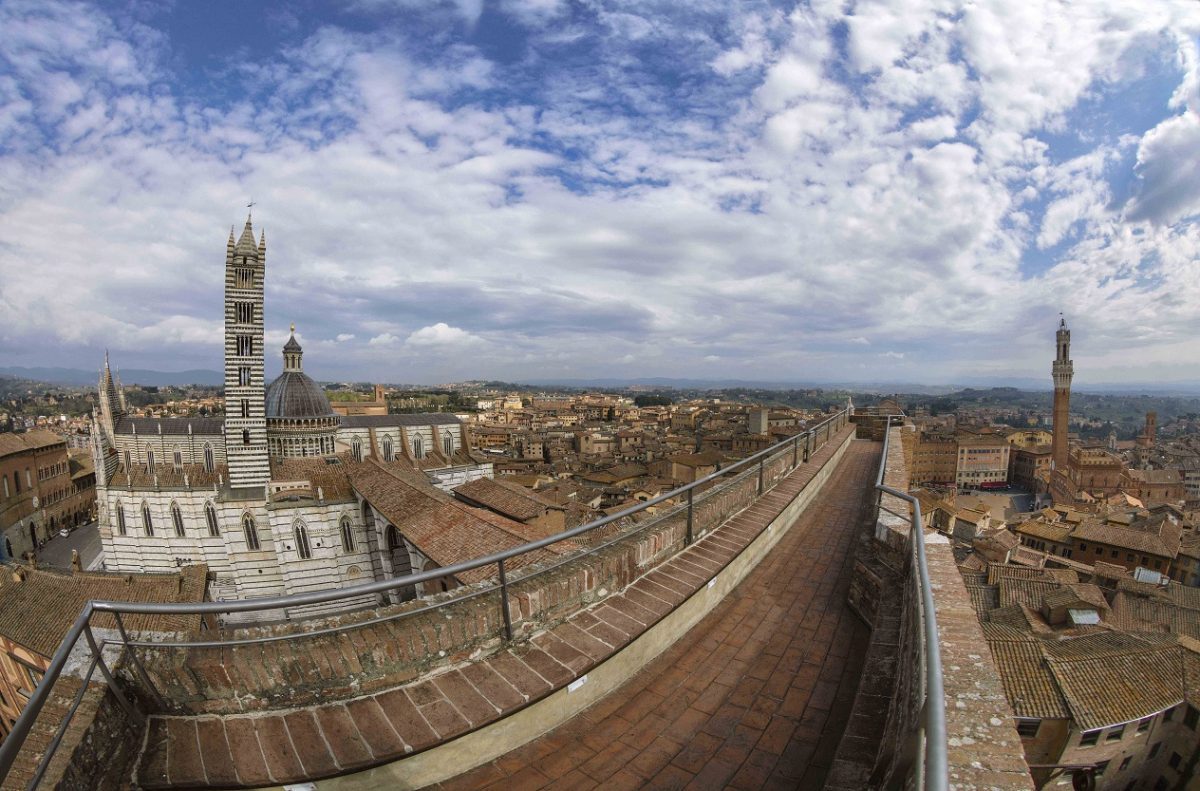 In the first half of 1300, when Siena was a superpower economically, it was decided to expand the “cathedral of time”. This project would have made Siena Cathedral one of the greatest churches of the whole Christian world. However, due to a series of disasters, it was never brought to completion. In 1339, after heated discussions, the general Council decided to rebuild the church. Siena, nevertheless, was hit by the plague that, beyond killing the citizens, weakened the economy. Indeed, it was the “new Cathedral” that suffered the main consequences. The only evidence of that project that survived was the Facciatone (big façade): a monument that lets people enjoy the new horizons of Siena, its surroundings such as Val D’Orcia and Mount Amiata and the magnificent valley of Chianti.  Once tourists climb down the Facciatone, they have the curiosity to visit that same places they have previously contemplated from above. Not only is it a beautiful panorama with stunning views, but it is also a way to open new opportunities of tourism. The Facciatone can be visited from the 8th of May until the 8th of September, every day from 10 am until 7 pm- exceptionally, this year, it can also be visited at 8 am on request. Visitors will be guided by multilingual guides who will provide a historical and cultural introduction to the city.

Visitors will have the opportunity to visit the Acropolis, the crypt, the baptistery, the Museum of Opera and, obviously the Cathedral. All these stunning monuments are immersed in a riot of colors and shapes that represent the access to “the New Jerusalem”, according to the intention of its purchasers and artists. The entrance to the eternal reality, suggested by the richness and the refinement of the materials like the white marble, was even more explicit in the past, thanks to the Maestà by Duccio Di Buoninsegna on the High Altar of the Cathedral, currently preserved in the Museum of Opera. The “Queen” of Siena and the sky, set upon the splendid cosmatesque throne, is surrounded by angels and Saints who protect the city, personified by four Patrons. Indeed, in Siena political and religious iconography, Saints and governors support the diorama of the city with their hands and give it to the Holy Queen, civitas Virginis. The diorama becomes real: towers, palaces and bell towers characterize the city wall that is still well preserved and blend in with the endless spaces of the landscapes, the delicate hills of Siena and the roughness of Mount Amiata. From the top of the wall, it will be possible to: “(I) saw a new Heaven and a new Earth (Apocalypse, 21-1). Some guides invite tourists to recognize the most important places of the city originated from the “Buon Governo”, tempting them to live those places intensely, once they climb down it.

Facciatone, with mighty foundation and light heights, immersed in the “dazzling brightness of its marble and bricks” (Mario Luzi), is the place where the city of the Earth and the city of the Sky are combined. 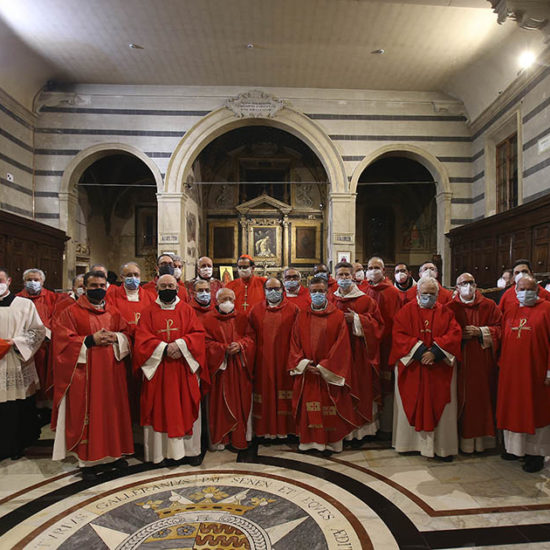 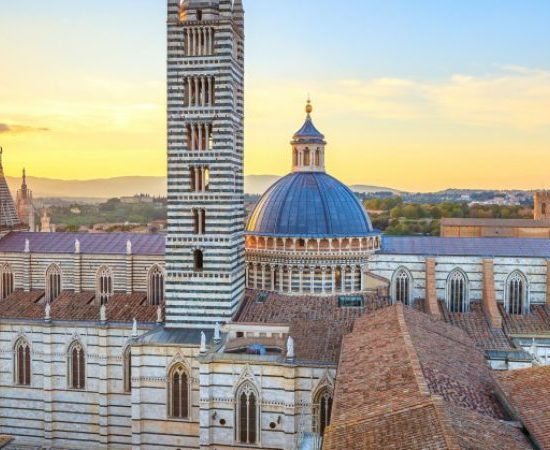 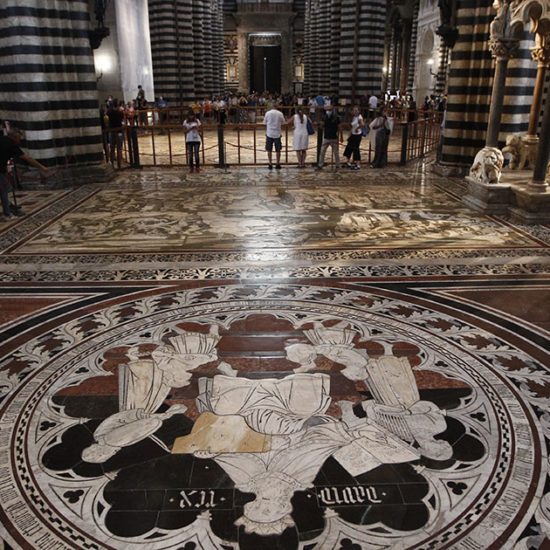 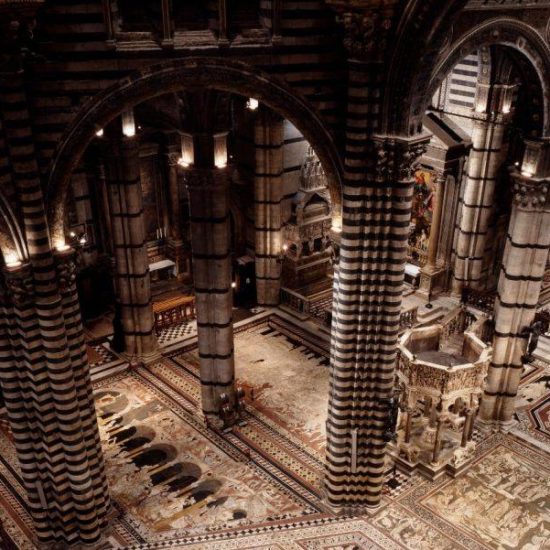 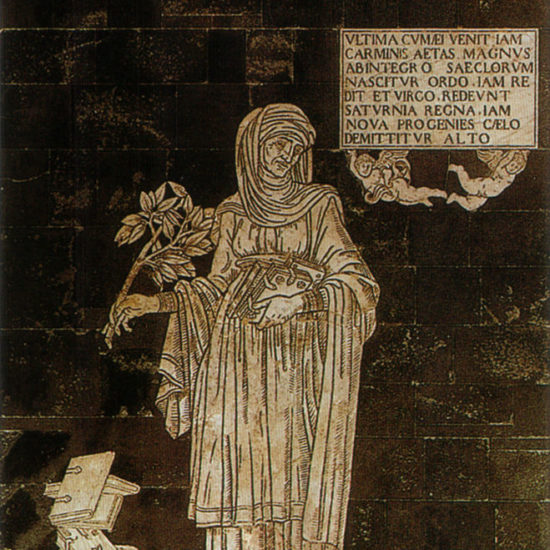