The Monster of Florence. Case reopened. 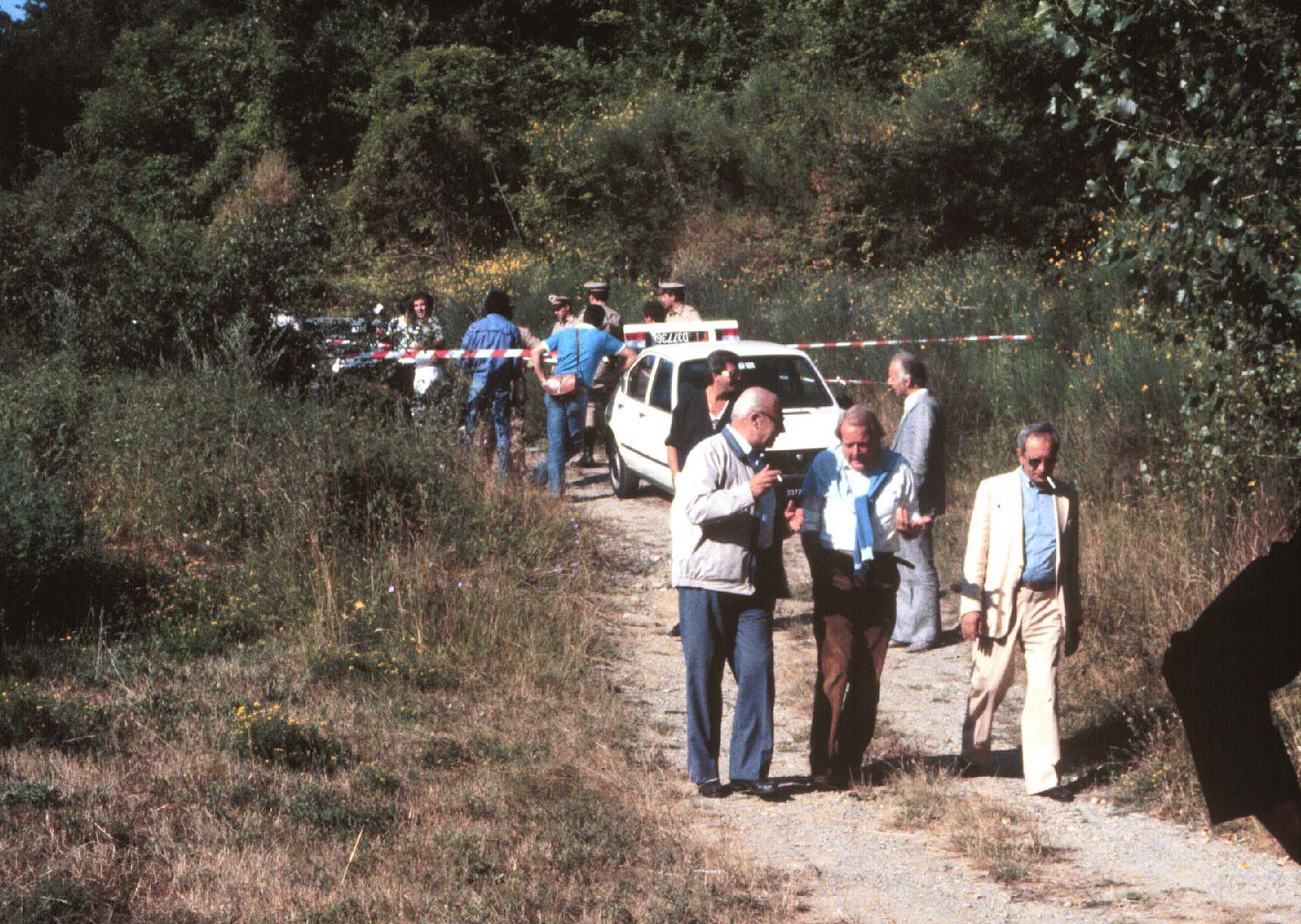 ‘A presence that haunts me… Every single day I cannot help but think of different aspects of this story. Only if they found the monster, I could find peace. Maybe.’
It is a story that turns into chronicle, long silences, sights, looks lost in past memories. Then again words, disturbing details, eyes that bring you to delve into the same horror of thirty years ago. Before the courtrooms, before the witnesses of the seven (eight) murders of the Monster of Florence. The story of Mario Spezi, reporter of La Nazione, is like a river in flood, which sweeps away what may have been read, said or written on one of the most dramatic crime that shook the world in the Seventies and Eighties. 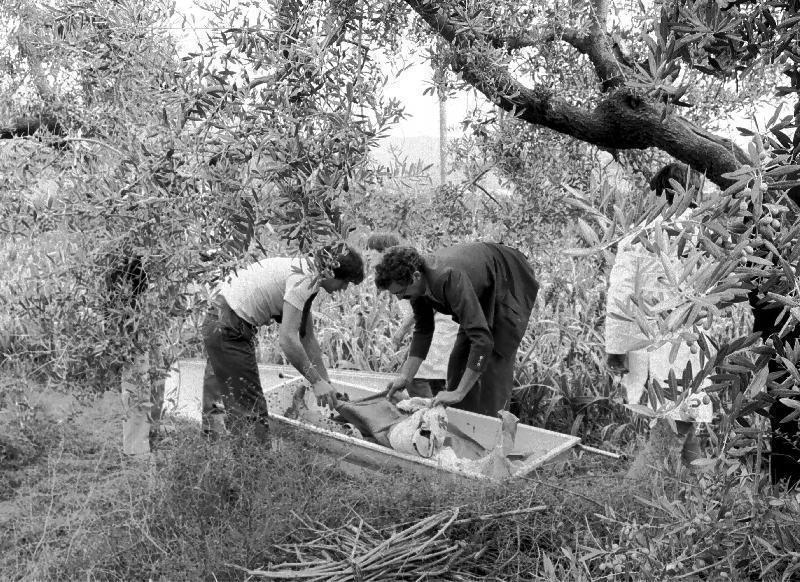 Both the Public Prosecutor’s Office in Florence and Perugia considered the case closed with the conviction of two men identified as perpetrators of four double murders: Mario Vanni and Giancarlo Lotti, the so-called Pietro Pacciani’s ‘snack partners’, sentenced in first instance to multiple life sentences and subsequently acquitted on appeal. Pacciani died of a heart attack before being subjected to a new appeal process. A bad story that has shaken the country and arrived overseas, still fuelling a successful noir literature, where there is no shortage of perfect horror film’s ingredients, which still lacks a final solution.
‘The news never sleep’ I’ve been tough by an old colleague to whom I owe much of the skills that I’ve learned. On a cold Saturday afternoon, at Mario Spezi’s home, I found many unexpected answers to questions I was wondering for many years.
The journalist continues to reiterate that the monster is still alive and at liberty. Spezi really wants to close the case, to find peace. In facts, he coined the term ‘Monster of Florence’ in the columns of Florentine daily newspaper back in the days. And he, perhaps more than anyone else, wears scars still open. He still lives with the monster. And somehow, he is asking me for help, reopening the case. Ten years ago, on April 4, 2006, Mario Spezi was arrested. And during this tenth anniversary of his final absolution by the Supreme Court, Spezi returns to speak – with myself – about the many monsters who built ‘ the monster’. Continuing to support the thesis that it is well described in his ‘Dolci Colline di Sangue’ (out of print, only few copies are still available on Amazon) co-written with Douglas Preston (who was suddenly forced to return to the US for his work with Spezi).
“In 2004, I suffered the first of a series of searches which then resulted in my detention, in 2006. I would’ve never expected. They moved a number of accusations, from misdirection to complicity in murder (Dr. Narducci, editor’s note), even disturbance of public service and slander. Michele Giuttari (head of the Flying Squad of Florence) and Giuliano Mignini (pm of Perugia) were upset with me, I knew that. But I never imagined they would ever arrive at this point’. (Giuliano Mignini is the same person that later would be at the head of ‘Meredith’s murder’s investigation).’ Indeed, I remember that, during Meredith’s murder, Raffaele Sollecito stopped me and said, in reference to Mignini: ‘My story is the result of yours’ ‘.
‘I was acquitted of everything but I ended up in jail and stayed there 23 days, treated like the worst criminals. The first six days I was mainly in isolation. I was completely abandoned and forgotten even by my fellow journalists. An experience that I won’t forget, no doubt, even for the many situations that I experienced in prison. Including my cellmate that touched me after 12 days…However, a journalist arrested for his ideas in a democratic European country, it is absurd and shameful.’

A bitter smile and some digressions while his catching his breath.

“The Monster of Florence is a story of power.” Spezi said. Direct, to the point.
What does it mean? “I do not tolerate seeing obvious facts being distorted. I have read lots of interpretations and not actual facts. On-the-spot checks and ad hoc inspections have been warped. Moreover, during an interrogation, the repentant Lotti suddenly forgot things and the recorder coincidentally broke. And casually, it restarted working when the man started to remember… So here, these are some examples. Then the coincidences: the magistrates who are groping in the dark following the lead of the Sardinians, the risk of a terrible flop, an anonymous letter and a process built on Pacciani and its accomplices, which ends with convictions (among other things, the absurd Lotti’ confession of four double murders. And what about the other three, that were perfectly identical?). A year after, Pierluigi Vigna was named National anti-mafia prosecutor “.
Coincidences, it is true. Maybe disturbing, but coincidences. Meanwhile, however, the monster still exists according to the thesis of Mario Spezi. And he would have a name and a surname: “The name is there, in the book published in the United States. Everything is uncensored. In Italy I was forced to find a pseudonym, but we know who he is ‘Carlo’, right? I always believed in that track and I continue to support it. I do not say that Carlo is the monster. I say that so many coincidences lead to make him much more alike. ”
‘Carlo’, in fact, has been away from Florence from 1974 to 1981, the exact period where the murders stop. In those years, he lived in Bergamo. ‘There have been similar murders in Bergamo during that time? “No, there have not been.”
The doubt remains: a serial killer with the FBI profiling Quantico – which ‘Carlo’ corresponds exactly – how can he stop having certain compulsions? “Maybe he found peace. They used to describing him as helpless but you’re never totally powerless. Today, this man could have children, and a wife. “ Yet ‘Carlo’ never ended up in prison, or rather he did for other minor offenses: “When Francesco Vinci was released, accused of some of the Monster’s murders but later acquitted, I was invited to a dinner with a Sardinian group: pecorino and ‘filuferru’ (a typical Sardinian cheese and spirit). At the end of the evening, we were talking about The Monster, and in that moment I felt sure, like an intuition. ‘The monster is one who knows how to move during the night, in the open country, and which has suffered so much as a child’ Vinci said, using an affectionate tone. 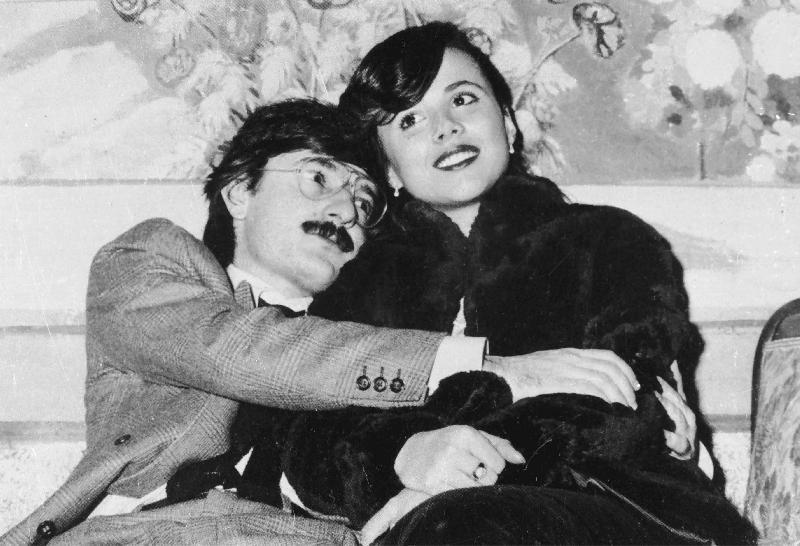 According to Spezi, therefore, the monster is still alive and perhaps the compulsion to kill is only asleep but not disappeared. Psychological theories confirm that is impossible to stop the compulsion unless the serial killer is not captured or commit a suicide. The infamous ‘Calibre 22’ , that was considered ‘defective’ as noted by the journalist, has never been found. “But its his signature, he cannot get rid of it. If anything, he got rid of the fetishes taken from the bodies of the victims, in some way … “. And it is a way that makes me shudder.
Too many shadows still remain … “It was never even taken the blood group of the victims”. And does anyone thought about the examination of the DNA? “Never”. Today, a similar case would probably be solved in a few days.
Too many shadows, but something is moving: the case of the monster is reopened.