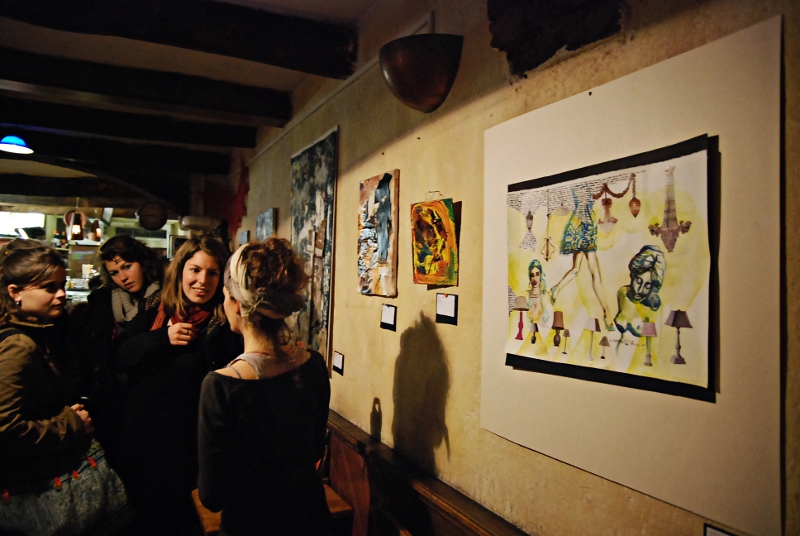 The artworks for this project were created by the students of the Siena Art Institute during their first three weeks in Siena, as an initial response to their new surroundings here. Led by Professors Jacqueline Tune and Lisa Nonken, students were asked to respond to the theme of “Spaces of Transition” thinking of the transitions they themselves were experiencing as they oriented themselves to their unfamiliar surroundings in Siena. The project also encouraged students to explore the spaces in which they found themselves and the connections and transitions found there: the connection of the city to the surrounding territory, the transition from of the past to the present. The group traveled to several locations connected to the project theme: they visited San Gimignano to view the works of Ai Weiwei at Galleria Continua; they travelled to Castelnuovo Berardenga to view the Museo del Paesaggio; they visited the hospital of Siena contemplating the space in which people are facing major milestones in their life. Students were encouraged to create their individual artistic responses in any materials. The projects also will have a second life as images from the projects will be reproduced on panels installed in a location within the Siena hospital.